Thank you for the Memories we will never forget you

Coach Mark Ereg began with the Berkley Steelers in 2012 and was a Coach at the Flag and Freshman Level.  Known to many as the "Child Whisperer" who was able to wipe away tears from any kid.  His smile, laughter and workmanship as a father and Coach will never be forgotten.

Coach Will Edwards was with the Berkley Steelers for 10 years, helping at many levels, including his last year on Varsity.  He was a gentle giant, a great father to all of our Berkley Steelers kids.  He brought respect and effort out of every kid, and was someone that will be missed greatly.

Thank you all for your dedication to the Berkley Steelers and we hope to keep the memory of you with us forever.

IN MEMORY OF JACK FROST, THE FOUNDING FATHER OF THE BERKLEY STEELERS

Have you ever wondered why we are called “THE BERKLEY STEELERS”? Well, like most great
ideas, it started with a couple of DADS, a couple of BEERS, and a garage on Larkmoor Blvd. in
Berkley.
Jack Frost and John Coltus Sr. were those DADS & the founding fathers of The Berkley
Steelers!!!

It all started back in 1979, Dallas Cowboys and the Pittsburgh Steelers were the Super Bowl 13
Rivals, and Jack HATED the Cowboys….The Steelers beat the Cowboys 35-31 that year, so in
celebration of The STEELERS WIN, we became THE BERKLEY STEELERS!!!!
It took 2 years of research and planning, most of which was taken from Royal Oak’s football
league at the time, the equipment was purchased used from other teams in the league and the
players went door-to-door selling cheese and sausage, just so they could afford to play. Jack &
John were determined to have a youth organization available to ALL kids!! They wanted to keep
them off the streets and into sports. Jacks love for football was undeniable!!
So in the Fall of 1981, The Berkley Steelers played their very first game, with John’s only son
John Coltus Jr., wearing jersey #00 and Jack’s 2 sons, John #01 and Korey #02, the Steelers
began and the rest is history!!!
Jack left a 40 year legacy , where many athletes shined, went on to play high school ball, and
some even went on to college football, as well as, provided a community for ALL of us to this
day! We lost John Coltus Jr. much too soon, in 1992 at the age of 20, John Coltus Sr. in 2005
and Jack Frost just this past June. 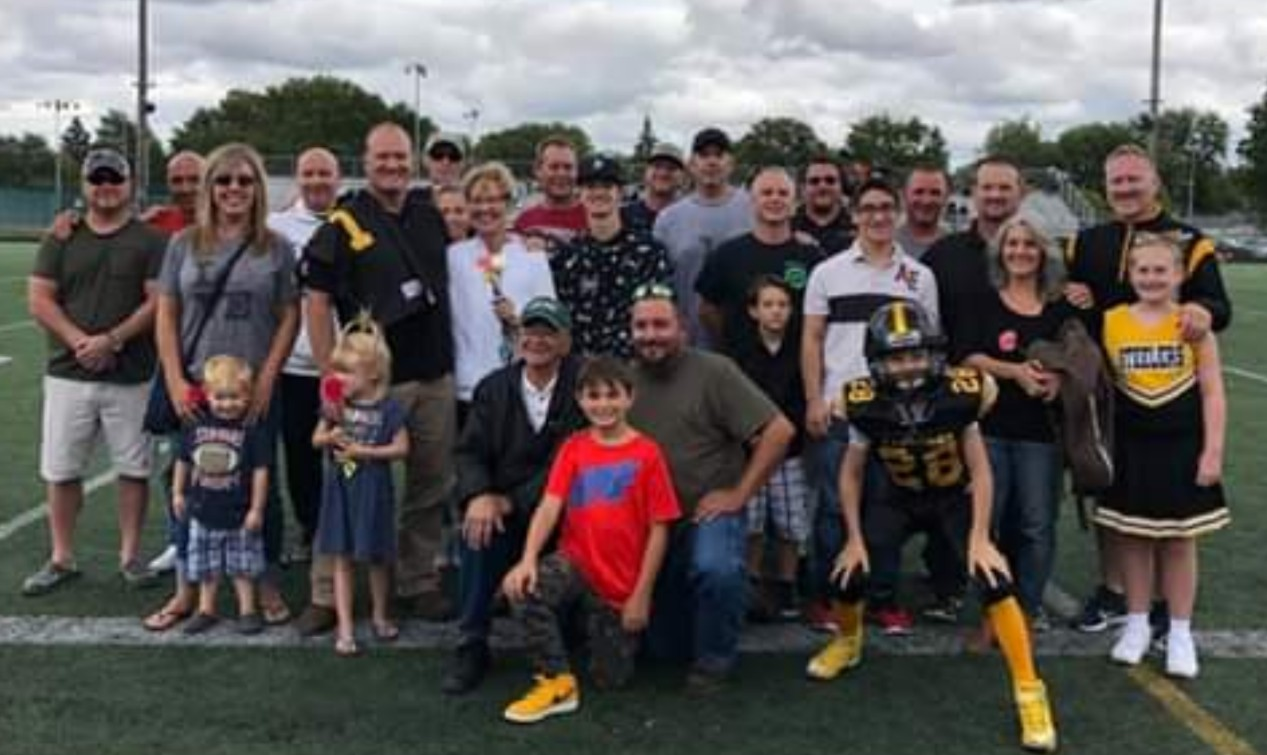